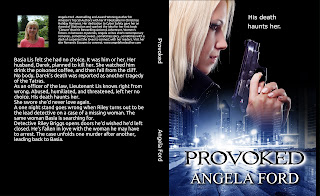 Basia Lis felt she had no choice. It was him or her. Her husband, Darek, planned to kill her.
She watched him drink the poisoned coffee, and then fall from the cliff. No body.
Darek’s death was reported as another tragedy of the Tatras.
As an officer of the law, Lieutenant Lis knows right from wrong.
Abused, humiliated, and threatened, left her no choice. His death haunts her.
She swore she’d never love again. A one night stand goes wrong when Riley turns out to be the lead detective of a case of a missing woman. The same woman Basia is searching for.
Detective Riley Briggs opens doors he’d wished he’d left closed.
He’s fallen in love with the woman he may have to arrest.
The case unfolds one murder after another, leading back to Basia.

How far would you go?