For every bad boy, there’s a girl who ignores the rules. 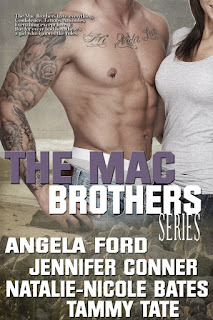 The Mac Brothers have everything.
Confidence. Tattoos. Attitude.
Everything except love.
But for every bad boy…
there’s a girl who ignores the rules.
https://youtu.be/ODW8TKcK2hs 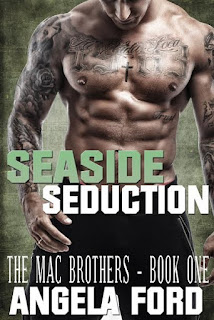 Confident, attractive, and rich. Submissive women kept him a confirmed bachelor.
Aaron MacDonald always got what he wanted,
and no woman would ever change that.
Then Elsie Chisholm arrived at his resort for her sister’s wedding.
Her magazine article had her focused on the sexy resort owner.
It’s business to her. She’s a challenge to him.
Which one will gain control of planned seduction?
**** 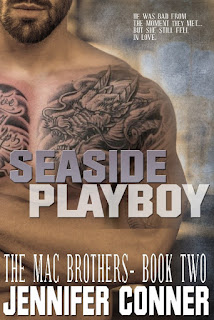 Donnan MacDonald came back to Highland Bay to help his brothers bring an aging seaside resort they inherited back to its glory. Donnan's grown tired of his old life of bouncing from beach to beach and woman to woman. He wants to find a home and look forward to the future. But his brothers still think all
he wants is his playboy life. He can’t seem to change their minds.
Emina arrives at the Seaside Escape resort for her bachelorette party. Emina is desperately trying to think of a plan to stop her wedding to a man she does not love,
but there's more at stake than anyone knows.
Donnan can’t deny the white-hot chemistry between him and Emina, but married or soon to be married women are off his radar. If he's going to change, he needs to commit and keep Emina at an arm's length.
**** 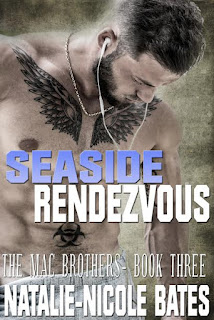 Layne MacDonald’s life should be better than ever. He’s successful, handsome, and part owner of a successful resort called Seaside Escape. But nothing makes Layne happy or satisfied for very long.

Not even a reunion at Highland Bay with his brothers.
His solution to his unhappiness has always been to run away from his problems.
When sassy dancer Raven Solis saves Layne from a potentially violent altercation,
all he sees is the beautiful face, the sexy body,
and what he perceives as a party girl lifestyle.
In other words, a totally unsuitable girl.
But Raven is so much more than a party girl, and by the time Layne realizes she is The One,
will it be too late?
**** 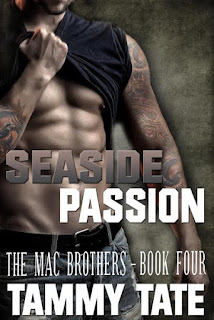 After a traumatic childhood, Blake MacDonald has trust issues with women and leaves Highland Bay vowing never to return. With the help of grants, student loans, and odd jobs, Blake puts himself through college. He becomes a well-respected dentist in Ft. Lauderdale, Florida. Five years go by and his brother calls with news that their father passed away. They learn that they have inherited an abandoned lodge in Nova Scotia. When he partners with his brothers, renovations begin.
Seaside Escape becomes a luxurious oceanfront resort with jagged cliffs, breathtaking views, and amazing sunsets. When Blake’s not helping his brother’s run the hotel he’s a part-time dentist in the small seaside town of Highland Bay.
Thirty-two and single, Blake has had his share of women, but he’s never allowed himself to fall in love. He’s not even sure what love means, much less what it feels like. Rejection and abandonment are his worst enemies. It’s a highly-guarded secret he keeps buried.
**** 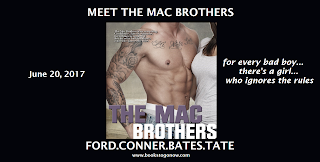 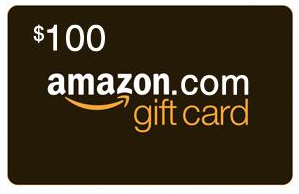 MEET THE AUTHORS
Angela Ford
Angela Ford - Bestselling and Award-Winning Author hit Amazon's Top 50 Authors with her #1 Bestseller in Christmas Holiday Romance. Her dedication to Cyber Safety gave her an Award of Distinction and sparked the idea for her first book 'Closure' that hit Bestselling Action & Adventure, Women's fiction. In between mysteries, Angela writes short contemporary romance...sometimes sweet...sometimes spicy...sometimes with a dash of suspense!

She loves to connect with her readers.  www.angelafordauthor.com

Jennifer Conner
Jennifer Conner is a best-selling Northwest author who has seventy short stories, books, and audiobooks. She writes in Christmas Romance, Contemporary Romance, Paranormal Romance, Historical Romance, and Erotica.
She has hit Amazon’s top fifty authors ranking and her books have been #1 in sales.
Her novel Shot in the Dark was a finalist in the Emerald City Opener, Cleveland, and Toronto RWA contests.
Jennifer is an Associate Publisher for the indie e-book publisher, Books to Go Now who resides in the Seattle area. They pride themselves in helping new authors get their foot in the door with well-edited manuscripts, professional covers, and platforms uploads.
She lives in a hundred-year-old house that she grew up in. Her semi-small town holds an interesting mix of resident hillbillies, yuppies and Navy Seals. And of course, Seattle, only a few miles away, is the birthplace of Starbucks so coffee is always on the check list. She blows glass beads with a blowtorch, (which relieves a lot of stress and people don’t bother you) and is a huge fan of musicals.

She loves to hear from her readers. http://www.jenniferconnerbooks.com

Natalie Nicole Bates
Natalie-Nicole Bates is a book reviewer and author.
Her passions in life include books and hockey along with Victorian photography,
Frozen Charlotte dolls, and antique poison bottles.
She currently resides in the UK where she is working on her next book and
adding to her collection of 19th century post-mortem photos.

Tammy Tate
Tammy Tate was born and raised in Hollywood, Florida but has lived most of her adult life in Texas. Her passion to write began in high school. It follows her everywhere she goes...creating a world where anything is possible. She's been married to the same wonderful man for over thirty years.
Her secret to a long marriage? It's easy when you marry your best friend. In her world,
Friday night is still date night.

Before she became a full-time author, she was an Executive Secretary, a Computer Consultant/Technician, and a Communications Officer (Police Dispatcher). She doesn't mind a challenge which has allowed her to race a late-model in a women's powder puff race, run barrels and poles in a play-day rodeo and drive an 18-wheeler. Somewhere in between, she and her husband raised three wonderful children. When she's not breathing life into her characters or jotting down ideas for a new book, she is most likely spending quality time with her husband
or curled up with a good book.

Since she believes reading is the next best thing to writing, she enjoys romance, fantasy, science fiction and thrillers. In December of 2013, she signed her first book contract with a traditional publisher. Her books have made Amazon's Best Seller list.

Connect with Tammy at https://www.facebook.com/tammytateauthor

See you at the Party! 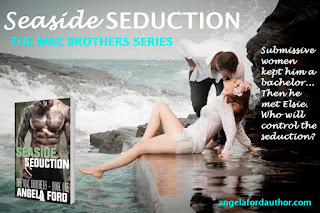 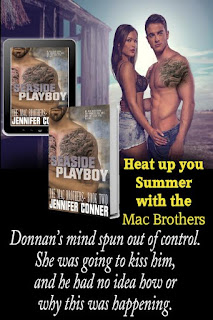 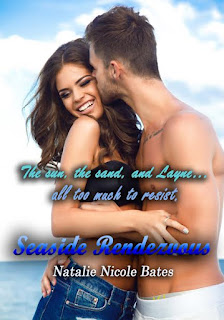 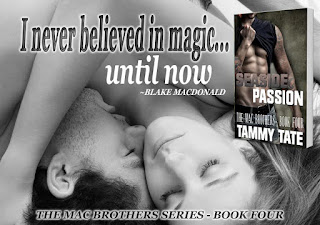 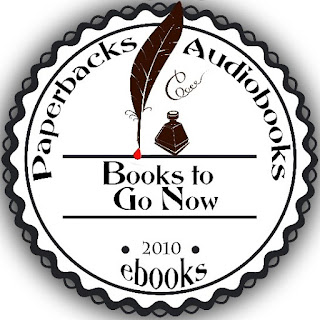 You can find more stories such as this at www.bookstogonow.com