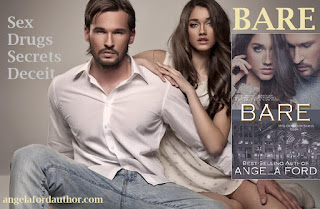 #SUSPENSE #MYSTERY #ROMANCE - BARE
Shay leaves behind the charming community of Connell; one of the safest towns in the country. She’s thrown into the world of drugs, murder, and all the lies and unthinkable deeds the city draws. With the distraction of a certain bartender - Dante Pierce.
CLICK HERE FOR YOUR COPY 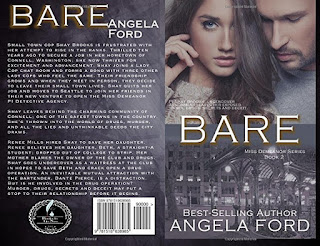 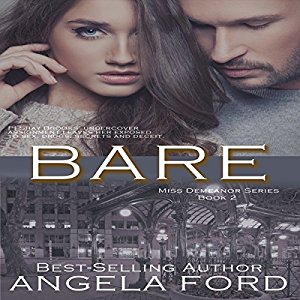 Small town cop Shay Brooks is frustrated with her attempt to rise in the ranks. Thrilled 10 years ago to secure a job in her hometown of Connell, Washington, she now thrives for excitement and advancement. Shay joins a Lady Cop chat room and forms a bond with three other lady cops who feel the same. Their friendship grows and when they meet in person, they decide to leave their small town lives.
Shay quits her job and moves to Seattle to join her friends in their new venture to open the
Miss Demeanor PI Detective Agency.
Shay leaves behind the charming community of Connell, one of the safest towns in the country.
She's thrown into the world of drugs, murder, and all the lies and unthinkable deeds the city draws.
Renee Mills hires Shay to save her daughter. Renee believes her daughter, Beth, a straight-A student, dropped out of college to strip. Her mother blames the owner of the club and drugs.
Shay goes undercover as a waitress at the club in hopes to save Beth and crack open a drug operation. An inevitable mutual attraction with the bartender, Dante Pierce, is a distraction.
But is he involved in the drug operation?
Murder, drugs, secrets, and deceit may put a stop to their relationship before it begins.

What's in your beach bag... 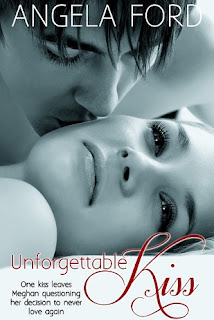 His kiss left her questioning...could she love again?
One kiss can change everything.
http://getbook.at/UnforgettableKissbyAngelaFord

Posted by Angela Ford at 6:04 PM No comments: