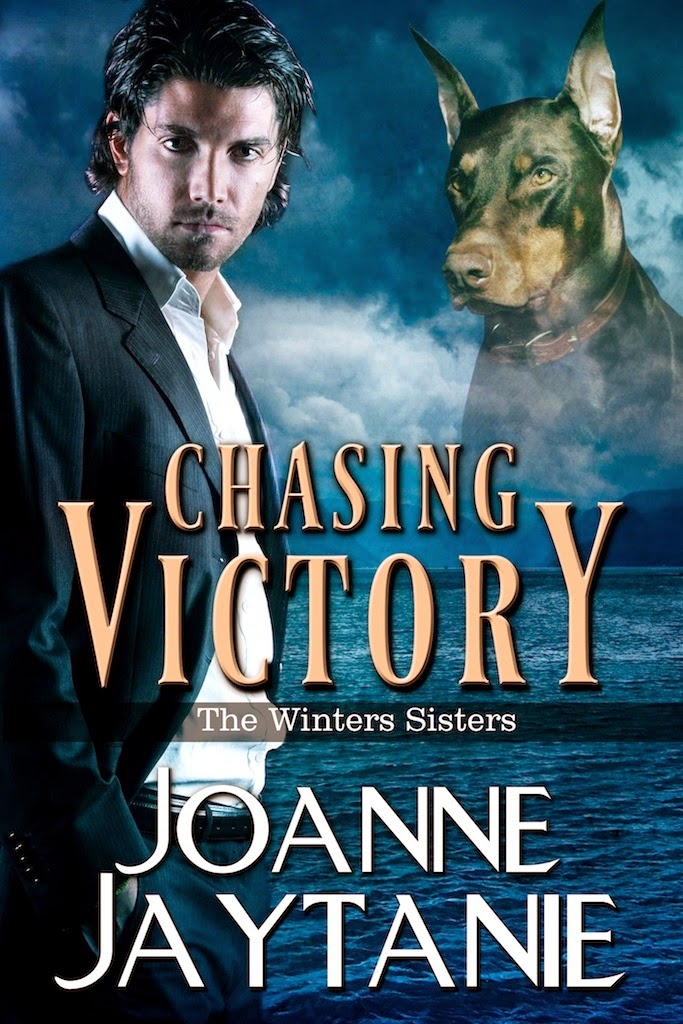 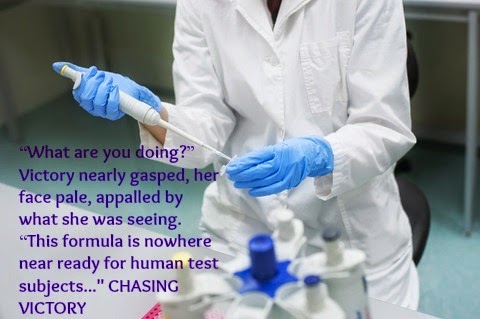 Astounding paranormal suspense! Chasing Victory gives you non-stop action right from the start with a murder. It keeps you turning the page with kidnapping, a sexy undercover naval officer and a steamy romance.
The heroine, Victory Winters, has a gift – a powerful sense of hearing she discovers is telepathic to animals. Victory is a famous geneticist who is kidnapped by a company called Biotec and forced to work for them. They want her to further research canine DNA. The company wants to implement canine DNA with human DNA. The author puts great detail and attention into her descriptions of Victory’s research.
Tristan Farraday is the sexy naval officer working undercover at Biotec. The company wants to build the ultimate soldier. Tristan wants to keep this research out of the wrong hands—Biotec. He also has a supernatural ability which only makes this couple perfect for each other.
In the midst of the danger, action and adventure; a steamy romance ignites between Tristan and Victory. Ms. Jaytanie certainly delivers a fascinating read. I love how she brought in the Dobermans! I’m definitely hooked on the Winter Sisters Series! 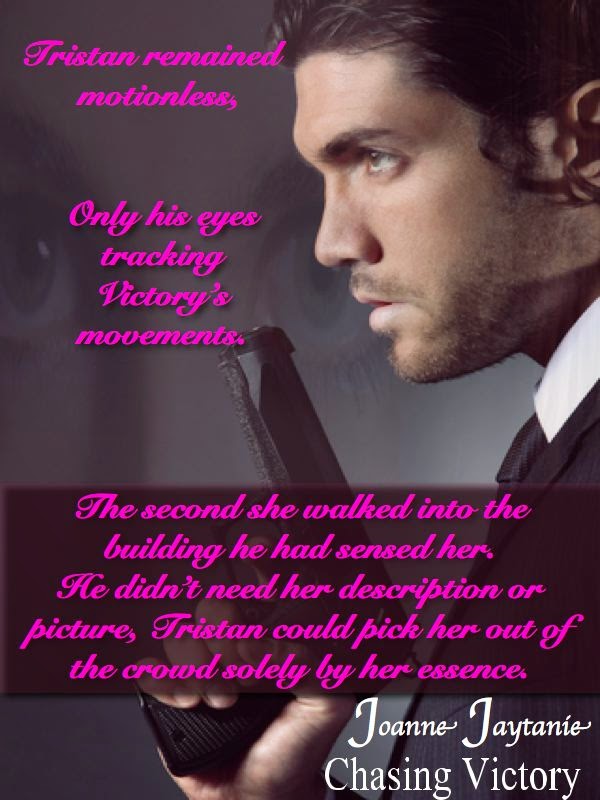 “Tristan.” He turned to find her right behind him. “Take this bottle with you. You can take two more pills in an hour if you aren’t any better.” Damn, he must look as bad has he felt.

“Thanks.” He opened the bedroom door and turned back, smiled at her and before she knew what was happening, leaned towards her and kissed her ever so lightly on her lips. “I’ll see you first thing in the morning. I’ll come back here and go with you to breakfast.” He headed straight for the hall door, leaving Victory frozen at the threshold of her bedroom. “Make sure you lock the door as soon as I leave,” he casually tossed over his shoulder.

“I will,” she stammered.

Had sparks flashed from their lips?

Knowing full well that a lock wouldn’t stop Braxton or his people if they wanted to enter her room, Tristan walked out into the hall and waited for the click of the lock. He was bewildered by the electricity that sparked between them at the second his lips touched hers and wondered if she had felt the same sensation. He really needed a little down time if he was going to be any help to Victory. 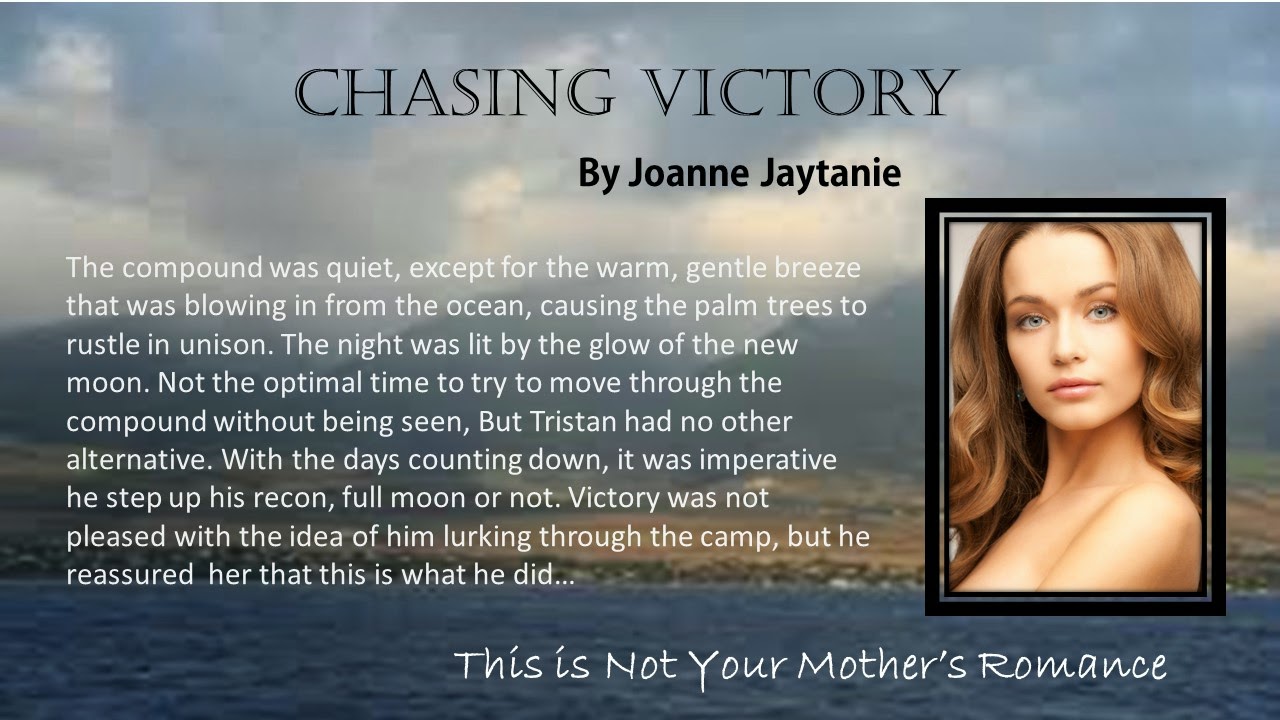 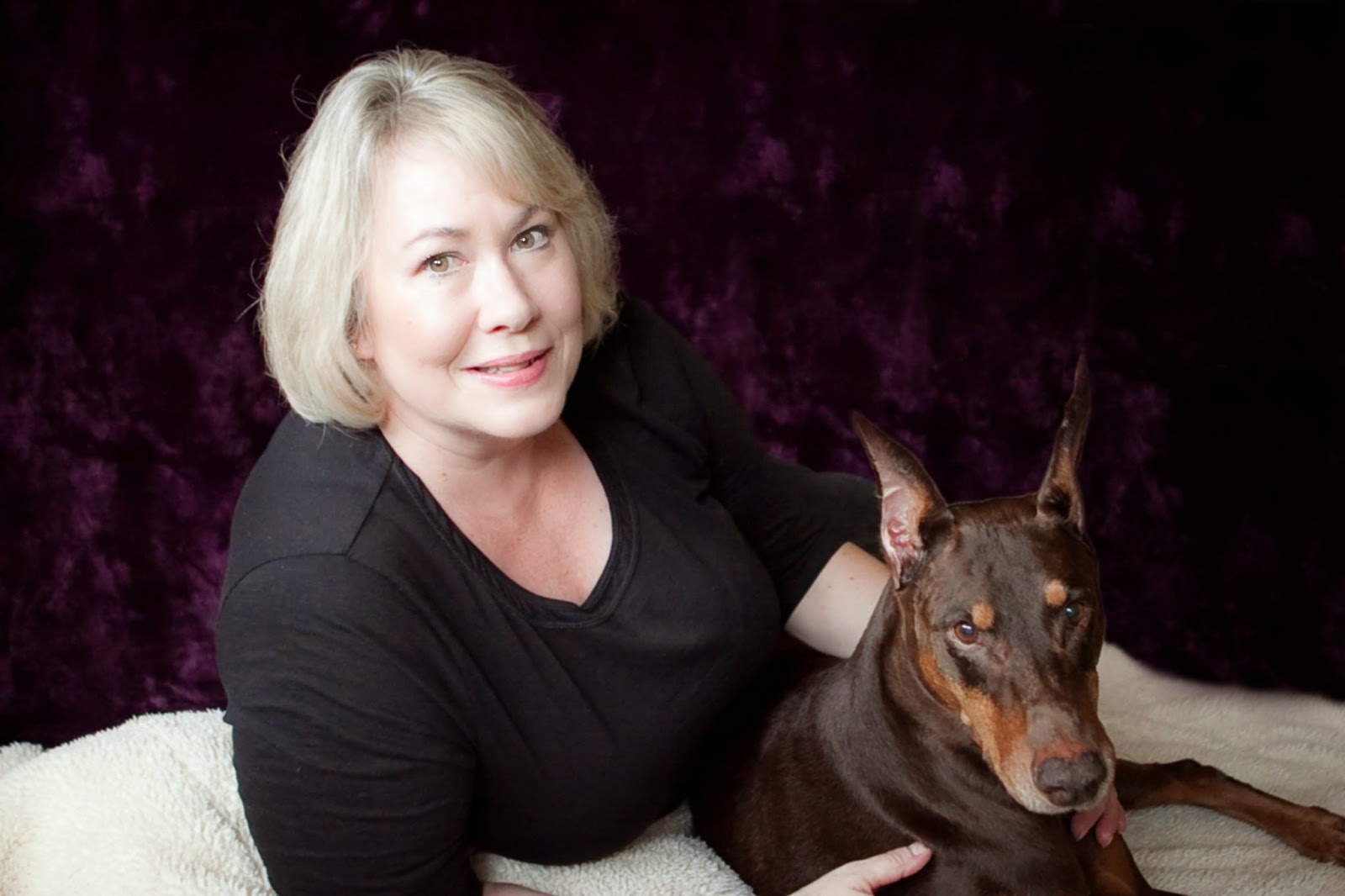 Joanne was born and raised in Sherburne, New York, a quaint village surrounded by dairy farms and rolling hills. From the moment she could read she wanted to explore the world. During her college years she slowly crept across the country, stopping along the way in Oklahoma, California, and finally Washington State, which she now proudly calls home. She lives with her husband and Dobermans, in their home located on the Kitsap Peninsula with a panoramic view of the Olympic Mountains.

Joanne writes paranormal, romantic suspense, and contemporary romance. She loves writing about the twists and turns of her character’s lives along with the trouble they find themselves involved in. She enjoys a wide variety of books including paranormal, suspense, thriller, and of course romance.

a Rafflecopter giveaway
Posted by Angela Ford at 3:30 AM