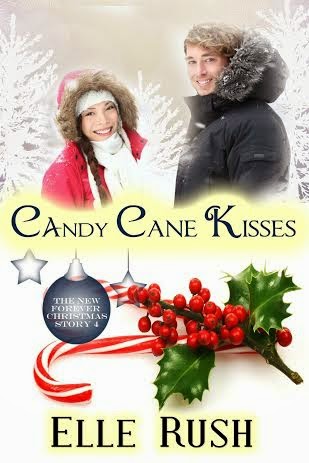 All bakery-owner Lindsay Leeds wants for Christmas is for her former high-school crush Sheriff Keith “Bodey” Bodewell to quit playing games. The sheriff has been dancing around asking her out for months and Lindsay is tired of it. She’s a busy woman and he needs to step up or he’s going to lose his shot.

How can a successful business woman be so clueless when it comes to managing her heart? Bodey has dropped tons of hints that he’s interested, but Lindsay isn’t catching them. Just when the sheriff is running out of ideas on how he can convince her to be his for Christmas, Lindsay gives him a clue and the answer is pretty simple.

Here's a sneak peek:
Lindsay didn’t join in the teasing. Instead, she sent him a death glare. “It was you,” she accused.
“Me, what?” He knew damn well what. Margaret called him at the department to give him a heads-up. For such a bright woman, Bodey could not figure out how Lindsay remained oblivious that the entire town was helping him woo her.
“You, you, you... Wine thief!” she shouted.
“I didn’t steal anything,” he protested.
“No, you bought it, snatching it off the shelf from under my nose.”
“You said it was good.”
“It was mine!”
She was a little more attached to her Moscato than he’d anticipated.

A sweet Christmas romance to warm your heart. I had the pleasure of working with Elle Rush on the Forever Christmas series. A story of four friends who pool their resources together to bid on the hundred year old tree farm in their small town of Glenville. In the midst of their new business adventure...love happens. Each story is a stand-alone but available as a complete series.

Had a sweet chat with Elle Rush about Christmas & her book :)
1)      What is your favorite thing about Christmas?
I’m from Winnipeg, Manitoba so snow is a must. I’ve done tropical Christmases – twice – and while they are neat to experience they lack the Christmas spirit I’m used to. I need Christmas lights on houses reflecting off white snow in the front yards, going caroling bundled up in seven layers of sweaters and scarves and ski jackets and ending with hot chocolate to thaw you out.
2)      Do you have a special memory of the holidays you hold close to your heart?
Unfortunately, like most people the fun stories I have about my family over the holidays would have people thinking we were all nuts. But I do treasure the year we had both sides of my family over for dinner. All my grandparents, aunts, uncles and cousins were herded downstairs to the only place that could seat seventeen people at once – the ping-pong table. It was loud and rowdy and delicious and wonderful.
3)      What inspired you to write your Christmas Story?
My family has always baked at Christmas. My mom taught me and my sister how to do it using her mother’s recipes. By the time we hit high school, we’d had begun recruiting our friends for our Christmas baking sessions. (One of us ended up with headless horsemen gingerbread men, the other with gingerbread men in G-strings. You can try to guess which daughter did which set. My mom wouldn’t let us hang either set from the tree. I wonder why?)  I digress. With all the baking we did, recipes we tried, and disasters we experienced, I wanted to write a story about a baker who loved baking as much as I did who fell in love at the most wonderful time of the year.
4)      For fun…If you could kiss anyone under the mistletoe…Who would it be?
I think I’d have a line of all my eligible Hollywood bachelor boyfriends – I don’t want to be selfish so I’d spread Christmas joy far and wide.

Keep in touch with my fellow author and fellow Canadian - Elle Rush
Elle Rush is a Canadian romance author from Winnipeg, Manitoba. When she’s not travelling, she’s hard at work writing her contemporary romance eBooks which are set all over the world. Elle earned a degree in Spanish and French, barely passed German, and is starting to learn Italian and Filipino. She has flunked poetry in every language she’s ever taken. She also has mild addictions to tea, cookbooks and the sci-fi channel. Follow her at www.ellerush.com or on Pinterest and Twitter, and keep up with her free newsletter.
Thanks Elle! Merry Christmas :) May 2015 bring your health...happiness and success!